Why Now is the Time for Education Technology

At approximately $5 trillion, education is the second largest industry in the world, second only to healthcare. The lion’s share of that spend, close to 90 percent, is within the K-12 and post-secondary sectors, and the remainder is being allocated to early education and career mobility/professional learning efforts. Across all four segments, innovative education technology companies are scaling at an unprecedented rate and tackling major challenges in the sector.

In the early learning sector, a well-documented circumstance by many researchers is the 30-million-word gap. This disparity refers to the fact that by the time students from higher income families enter kindergarten, they will have heard 30 million more words than students from low income backgrounds. Not only does this result in those students being at a disadvantage when they enter kindergarten but also it can have long term negative impacts including higher likelihood to dropout from high school and greater chance of being arrested. In an effort to close this gap, early education technology companies are introducing solutions that improve a host of important capabilities for all students. One such company, Tinkergarten has created a technology platform that allows local instructors to run play-based outdoor learning classes for parents and kids ages 1 to 8 years old. Through the combination of outdoor activity and independent exploration, Tinkergarten’s 800 plus leaders in 48 states have brought together 71,000 plus parents and their children to develop a range of school readiness skills, including self-reliance, creativity, persistence and grit, and problem solving.

Until recently, it was extremely difficult to build a technology company in the K-12 sector simply due to the lack of fundamental infrastructure. There are two reasons why that is no longer the case and K-12 education technology companies are thriving. First, broadband connectivity in schools rose from around 30 percent in 2013 to approximately 94 percent in 2017, benefitting from $10 billion invested by the public and private sectors. Second, the number of students with access to mobile computers has skyrocketed because devices such as Google Chromebooks are priced lower than many textbooks. With this infrastructure setup, an education technology company can rapidly scale to serve millions of students. For example, Newsela, which is dedicated to improving student literacy by publishing news and non-fiction articles at multiple reading levels, has grown to support students in 75 percent of U.S. schools in less than five years.

When it comes to higher education, the value of a bachelor’s degree is often debated. With student loan debt in the U.S. that amounts to over $1.4 trillion, it’s hard to see the value of higher education. However, according to a recent study by the Georgetown University Center for Education and Workforce, there is a clear value associated with getting a bachelor’s degree. In fact, individuals with a bachelor’s degree earned approximately $1 million more over their lifetime than those with just a high school diploma, according to the study. To ensure that every student has access to higher education, it is important to build pathways for college affordability. This is precisely why companies such as RaiseMe are making it easier for students from low income backgrounds and first generation families to obtain scholarships. Rather than waiting until the end of high school to earn scholarships, which is often too late to impact a student’s college ambitions or choices, RaiseMe enables students to earn scholarships throughout high school, starting as early as 9th grade. Over half a million students representing one out of two high schools in America— have signed up to earn ‘micro-scholarships’ from a diverse set of over 225 colleges and universities with an average annual scholarship of $5,000. RaiseMe is a great example of how technology can create the opportunity for more students to attend college and have a higher earning potential.

Another area where education technology is making a large impact is in the career mobility/professional learning space. According to McKinsey, by 2025 more than 50 percent of the world’s largest companies will likely be based in emerging markets. As companies expand, it will be imperative for their diverse workforces to be able to communicate with each other. Additionally, companies in developed regions are racing to attract top candidates from around the world, resulting in hiring non-native speakers. Similar to the idea of “technical debt” where a series of quick fixes can amount to long term costs for a company, “linguistic debt” is the idea that a company can accumulate communication issues if it doesn’t invest in language education for their employees. As more of the Fortune 500 open offices abroad, companies like Lingo Live, which focus on language and communication skills, address this challenge by providing employees with live, 1-on-1 online language coaching. Lingo Live has taught tens of thousands of employees across the globe at some of the world’s largest companies, including Eventbrite, Google, Outbrain, and many others.

It is important to note that while there are many companies tackling the key areas of education mentioned above, the education technology sector is still in its infancy. Even though education is the second largest industry in the world, only around two percent of the $100 plus billion in venture capital funding went to education technology companies. Early development of children, technical infrastructure in K-12, access to higher education, and communication coaching are amongst a sea of innovations in the education sector that present a tremendous opportunity for educators, learners, entrepreneurs, investors, and corporations.

Check This Out: CIOReview Overview, Muckrack 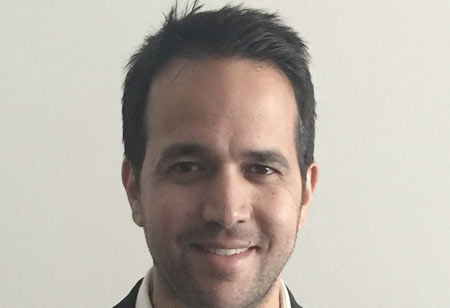 Startup Plan Your Financing Round

The Changing Geography of the Venture Capital

It's Time for CleanTech to Include Food &Beverages

Why Construction Tech will Make the Difference for Post-Covid...

The Recipe Of Success For Insurtech Startups